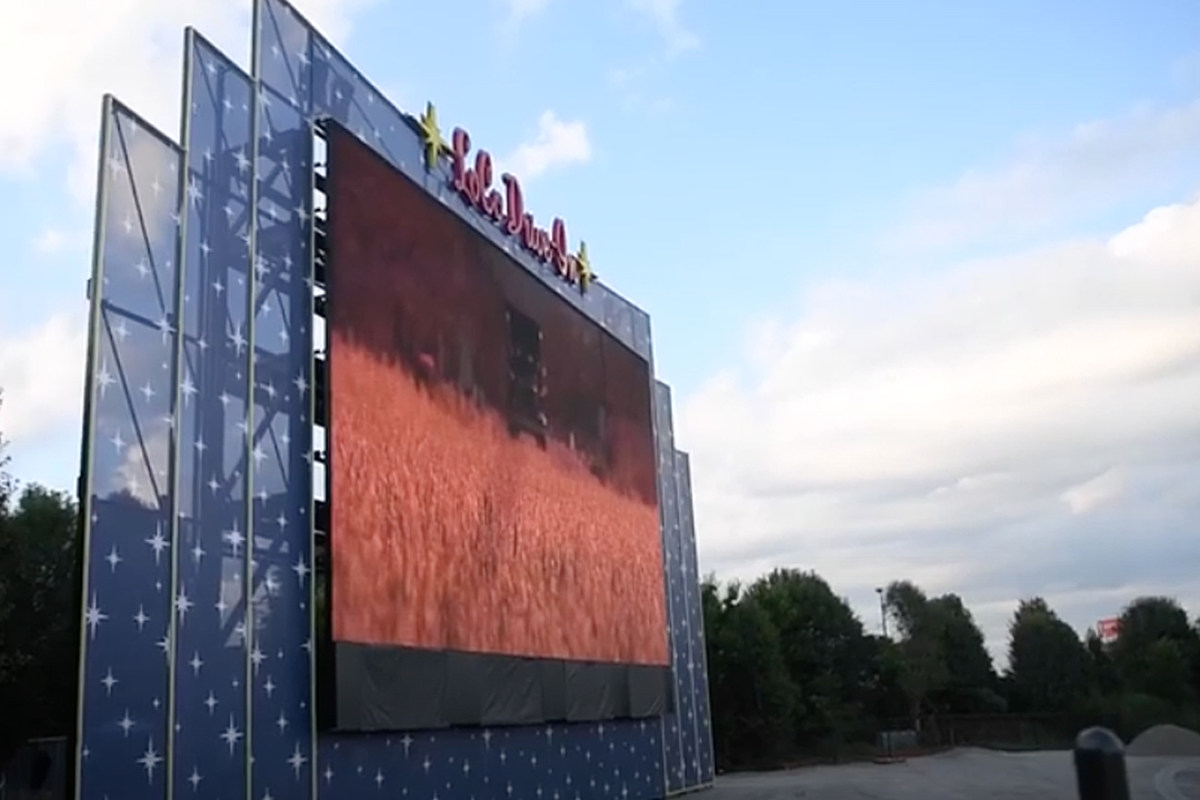 You no longer have to wait for the sun to go down at drive-ins.

Until now, drive-in cinemas could only operate at night, but in the new Loco Drive-In in Loudon, Tenn., viewers can watch movies anytime, including during the day.

Equipped with a 35ft by 63ft LED video screen, Loco Drive-In, the country’s first daytime drive-in theater, is capable of showing movies without the aid of darkness. The screen, affectionately known as the “LoCo Tron”, uses Samsung technology to display a 4K image, similar to a traditional television. “We don’t know of any facility like this currently in the United States. That’s what Hollywood tells us,” Gordon Whitener, Founder and CEO of The Whitener Company, which built and launched Loco Drive-In, told Knox News. “It will be really unique … the drive-in will be the core, but we will have concerts, auto shows, boat shows and more.”

Built over the past few months, Loco Drive-In can hold 400 cars and has speakers loud enough that customers probably don’t need to dial their radios for audio. “I’ve had this idea for over 25 years,” continued Whitener. “I’ve always liked the drive-in nostalgia… even though things have started to open up, I think people enjoy doing things with their families and doing things outside.”

Participation in outdoor activities has proven not only to be a nostalgic choice for consumers, but a financially necessary choice for the film industry as a whole. When the coronavirus pandemic forced the doors of traditional movie theaters to close, the future of cinema, like that of live music, looked uncertain. Once a struggling sector of the industry, drive-ins have started to gain popularity in the United States as a safe alternative to traditional theaters.

Metallica were the largest of several groups to simultaneously broadcast special drive-thru concerts last year, and musicians such as Jason Isbell, Grace Potter and Blackberry Smoke used the outdoor venues for in-person concerts – instead of a film on a screen, fans watched bands from their cars.

According to CNN, during last year’s pandemic, drive-ins generated 85% of the cinema’s box office revenue while in 2019 they only accounted for 2.9%, an increase that effectively helped save the theater. industry of total collapse.

During the first weeks, Loco Drive-In will be showing classic films such as Smokey and the bandit, Minions and Days of thunder, with new movies coming later this summer, as well as sports streams, concerts and more.

Beckett Review – It’s not a big cinema, but it’s good enough for Netflix